The Road Ahead Brazil 100 / 200: Reflections on the Legacies of the Week of Modern Art and the Bicentennial of Independence

Register for the conference here:
https://yalesurvey.ca1.qualtrics.com/jfe/form/SV_55b06ve9txiZ554 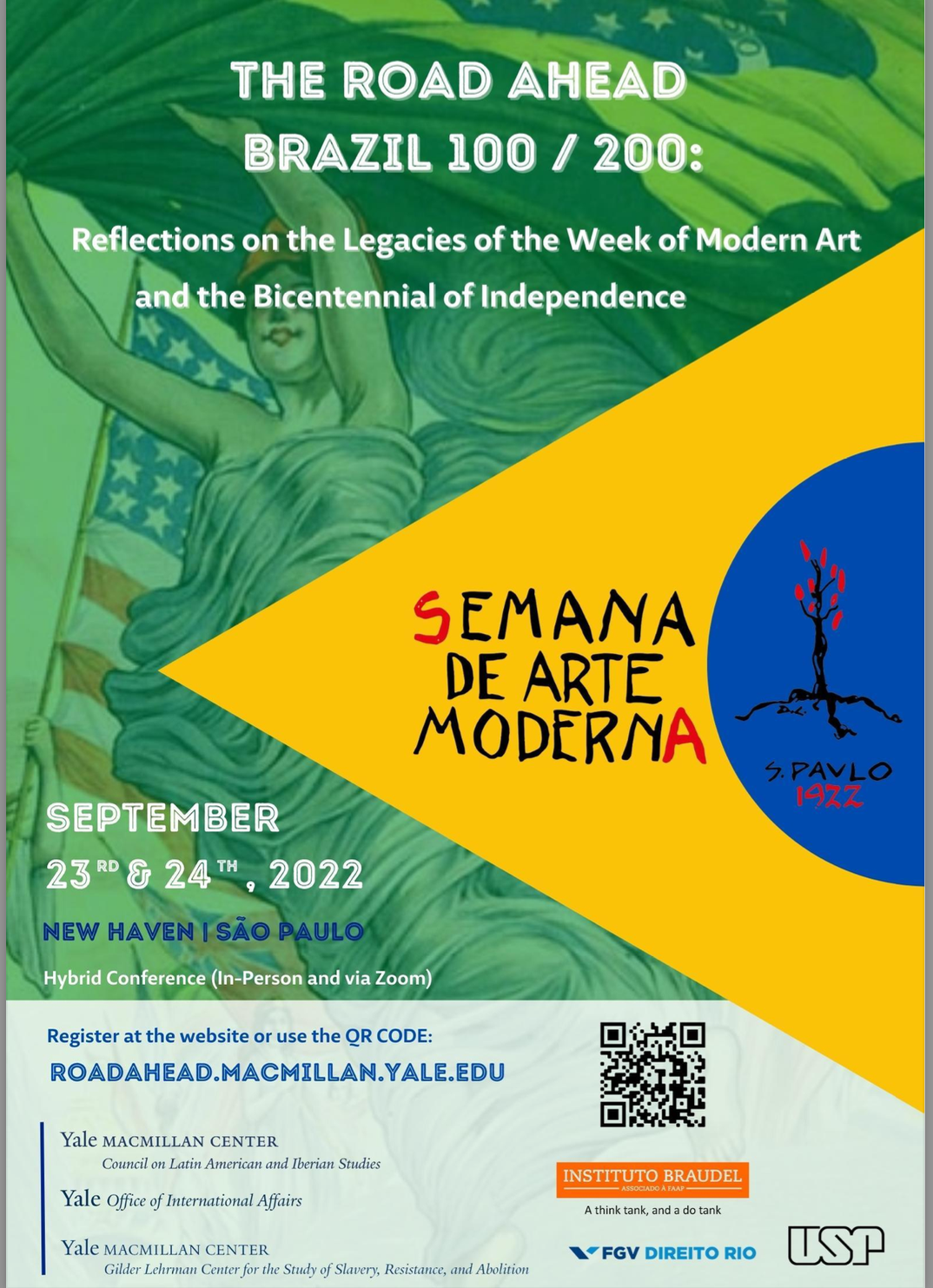 This will be a hybrid conference via Zoom as well as with in-person components at Yale University and at the Braudel Institute in São Paulo. The conference is co-hosted by the Council on Latin American and Iberian Studies here at the MacMillan Center, the Office of International Affairs at Yale, the Braudel Institute, and the Fundação Getulio Vargas in Rio de Janeiro.

Over two days, leading scholars from North and South America and Europe will consider the entwinement of culture and politics in the last two hundred years of Brazilian history in the following panels and live performance:

· Brazil in Year Zero: The Meanings of Independence in 1822 and for the Next 100 Years

· Brazil in 2022: Reflections on the Meanings of Independence 200 Years Later

· Anthropophagic Brazil: Reflections on the Legacy of Antropofagia in 2022